Bennett and Larson Agree to Extensions 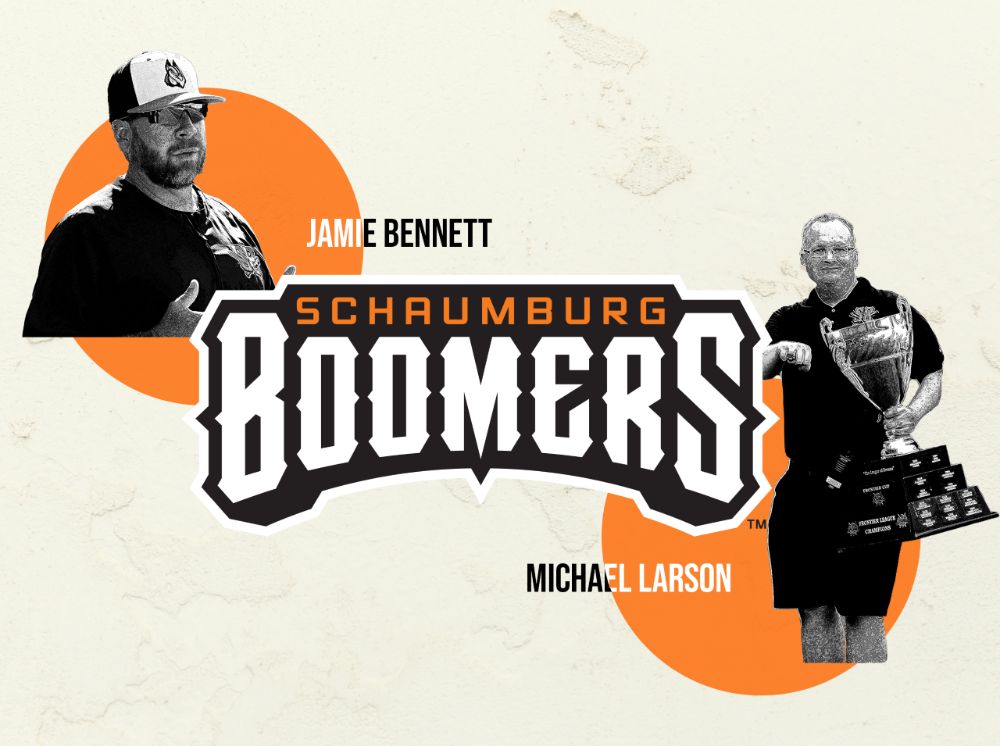 It is with great pleasure that the Schaumburg Boomers announce that field manager Jamie Bennett and Vice President and General Manager Michael Larson have each agreed to three-year extensions with the organization.

Bennett claimed his 500th win as a manager in 2022 and ranks seventh in league history with an overall record of 517-453. The Boomers are the lone team Bennett has managed in his successful career. Bennett has guided a pair of Morgan Burkhart Award winners as the Frontier League MVP, most recently Quincy Nieporte in 2021. Nieporte moved on to the Tigers and was selected as the Eastern League MVP in 2022 for the Erie Seawolves. Pitcher Ryan Middendorf, a Frontier League draft choice in 2021, had his contract purchased by the Brewers during the 2022 season and advanced four levels to Double-A before landing a slot in the prestigious Arizona Fall League.

The success for Bennett has extended off the field. Jake Cousins, who pitched for the Boomers in 2019, made his major league debut with the Brewers in 2021. Derek Shomon, a long-time coach under Bennett has been named the to major league staff of the Minnesota Twins as an assistant hitting coach for the 2023 season. Shomon is not the only former member of Bennett’s staff to move on in the affiliated ranks.

The Boomers have enjoyed as much success off the field as on under the leadership of Larson, a two-time Bob Wolfe Award winner for the Frontier League’s Executive of the Year. The attendance has consistently risen during Larson’s tenure, which began in the offseason prior to the 2018 campaign. The organization drew more fans than ever in 2022, surpassing 200,000 fans for the first time in team history, becoming one of just a handful of teams to accomplish the feat in league history. The Frontier League is the longest running and largest MLB Partner League.

The team has also set the single game record for attendance under Larson while the brand continues to grow in the Chicagoland area. The Boomers host multiple non-baseball events during the year. The team has also begun a renovation phase of Wintrust Field, built in 1999, which gained a naming rights deal in 2021 under Larson’s guidance. Additionally, the team’s commitment to charities and organizations in the Northwest suburbs continues to grow each year as the franchise helps enhance the community they call home.

The contracts will take both Bennett and Larson through the 2025 season.

The schedule for the 2023 season, the 11th year of the Boomers, is already available and tickets are on sale while event planning for another summer of fun continues. Visit boomersbaseball.com for details.